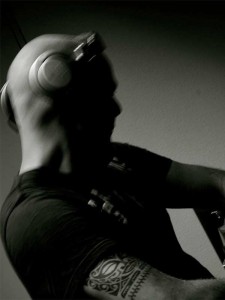 Seimen Dexter was born in Mannheim, Germany and began showing interest in many different music genres very early in life. At some point in his life, destiny seemed to want him to ride the techno-wave through Germany. The electronic music met his interests to a T. From then on, things started going uphill.

In his earlier days, he called himselft DJ Andre, plain and simple. Under this name, he was performing in the legendary Club Subway in Mannheim as the resident DJ. He didn’t even leave out the after hours that took place on Sunday mornings. Once in a while he performed as a guest DJ in the club Milk.

He also dabbled in production work very early and that is how, in cooperation with the club, a club release originated with the name DJ M & DJ Andre.

After, he became involved at MS Connexion in Mannheim as the resident DJ. Every Thursday, about 1000 – 1200 people attended the techno party. Now and then there were large events like SPACE DIMENSION or SPACE WOODSTOCK and much more, as well as countless smaller events.

After, he took a creative break, and changed his name to DJ Seimenn Dexter. He is now active in clubs/ events with this name (FUN IN THE CLUB, TUMULT and KULT, AUDIO VISION, DEX!T, CHROMETECH, ZWEIRAUM, MS CONNEXION, HALLE 02, ZEITLOS, LONDON UNDERGROUND, 7ER, TECHNO! and many more), to bring you diverse beats.

In addition, he hosts a radio podcast show on fnoob.com, called DEX!T – Podcast. It is broadcast every 4 weeks on a Saturday at 9 o’clock p.m. with an ever changing line up.

DEX!T is his own row of events, that takes place every 4 weeks as well, and he has a large number of techno fans that he can call his own, as many techno giants havee played there, and will in the future, which has raised the bar in the region quite a bit.

His personal trac productions are to be expected in the year of 2014 and are already well on their way, so keep your ears open.

His style of music ranges from a thrilling technoid impulsive sound to pure and powerful techno to dark techno.